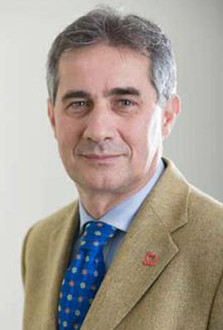 Professor Angelini qualified as a mechanical engineer prior to obtaining his degree in medicine from the University of Siena, Italy, in 1979. Following training in Florence he decided to pursue his career in the UK. After six months intensive language course he obtained his first junior post in London and later became a Registrar at the University Hospital of Wales in Cardiff, where he undertook most of his training.

After a year spent in Rotterdam at the Erasmus University training in pediatric cardiac surgery and transplantation he was appointed as a Senior Lecturer/Consultant at the University of Sheffield. In 1992 he was appointed to the British Heart Foundation Chair of Cardiac Surgery in the University of Bristol, and when the Bristol Heart Institute was opened in October 1995 he became its Head. In 2003 he was awarded the ”Cavaliere Order of Merit of Italy” in recognition of his contribution to medicine.

In 2005 Professor Angelini and his team received the UK “Surgical Team of the Year Award” In 2008 and again in 2011 he led the successful bid for the NIHR Biomedical Research Unit in Cardiovascular Medicine in Bristol and he was appointed as Director. In 2009 he was selected as an NIHR Senior Investigator. Professor Gianni Angelini was recruited in January 2010 as Clinical Chair of Cardiothoracic Surgery and Head of Cardiac Surgery in the National Heart and Lung Institute Imperial College London based at the Hammersmith Campus In 2011 he was elected Fellow of the Academy of Medical Sciences.