This department was founded in 2012 and since then has received several grants from patients and institutions, which have been dedicated to research and education on Cardiovascular disease. Several articles have also been published in peer reviewed and indexed journals.

A Medical First for the Caribbean. 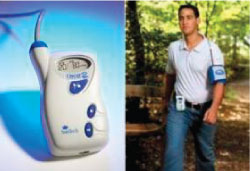 Ambulatory Blood Pressure Monitoring
Sometimes in order to understand the character of a patient’s blood pressure we need to measure it continually throughout a twenty four (24) hour period.  At the end of the period the patients blood pressure measurements are printed out on a data sheet for analysis by the Cardiologist. 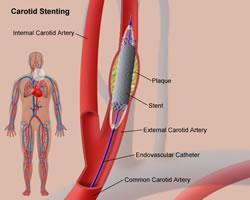 Carotid Angioplasty
The carotid arteries in the neck take oxygenated blood from the heart to the brain. When these arteries are blocked the patient becomes prone to a stroke. We perform angioplasty to these arteries thus preventing strokes in patients with carotid disease. 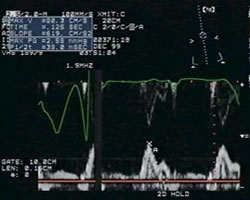 Dobutamine
If you are unable to exercise, this non invasive test is an alternative to an exercise stress test for evaluating coronary artery disease. The medication dobutamine is taken to stimulate the effects of exercise on your heart and an echocardiogram is done before and after the medication is administered.. 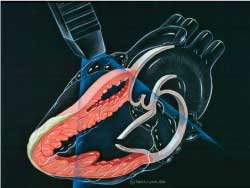 Echocardiography
This is a non-invasive procedure. A probe is placed on the chest wall or in the stomach. A picture of the blood flow of the heart is generated and displayed on a monitor. This test is particularly important for assessing the heart valves. Sometimes the probe is inserted into the stomach instead of the chest wall. This is called a transoesophageal (TOE). 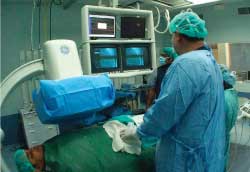 Neuroradiological Procedures
There are many procedures that are done in our Cath Lab that avoids patients having to undergo brain surgery. Procedures such as Cereberal Aneurysms, AV fistula and chemoembolisation for brain tumors are all undertaken at our Cath Lab. 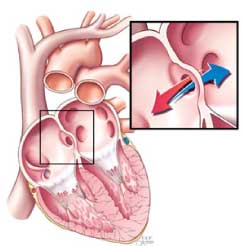 Atrial Septal Defect
This is commonly called a hole in the heart. It is a defect in the septum that separates the right and left atria thus allowing mixing of blood between the right and left sides of the heart. Now instead of having to undergo open heart surgery to close this defect it is closed at our Cath Lab using a device called an umbrella. The patient usually has a hospital stay of 24 hours. We also perform other paediatric heart procedures such as PDA’s and valvuloplasties.
Page load link
Go to Top