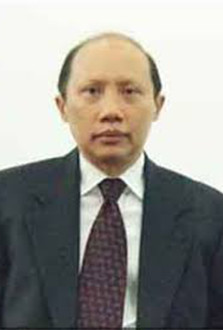 One of Trinidad and Tobago’s noted gynecologists, Dr. Kongshiek Achong Low has practiced locally since 1981 when he returned from his medical studies and speciality training in Canada. In 1970, he graduated with First Class Honours from Canada’s McGill University with a B.Sc. in Genetics. He then went on to pursue his medical degree, earned his M.D.C.M in 1975 and commenced a rotating internship at McGill’s Hospital Centres. The following year, he became a licentiate of Medical Council of Canada.

By 1980 he had earned his F.R.C.S. and C.S.P.Q in Obstetrics and Gynecology. In addition to his gynecology practice, of which a career achievement was the successful delivery of this country’s only surviving conjoined twins, Dr. Achong Low is also a co-founder of St. Clair Medical Centre, established in December 1993 as a small private hospital. Today, he feels a sense of personal fulfillment that the Centre has grown to become the largest private hospital services provider in the English-speaking Caribbean. ‘St. Clair Medical Center’ offers to patients access to the full spectrum of modern medical services including state-of-the art imaging modalities, dialysis highly complex surgical procedures such as hip replacements and open-heart surgery, and bariatric laparoscopic procedures to name a few.

Dr. Achong Low is also Chairman of Caribbean Heart Care Medcorp, a full-service cardiac care facility headquartered at St. Clair Medical Center with an experienced team of heart surgeons and cardiac specialists who perform open-heart surgical procedures, cardiac catheterization and angioplasty as well as diagnostic cardiac services to heart patients. Dr. Achong Low is justly proud of the founding role he has played in establishing the group of health care service companies now operating under the banner of Medcorp Limited.

The most recent Medcorp addition was the opening in 2007 of the Brian Lara Cancer Treatment Centre of Trinidad and Tobago, the first private cancer care facility in the English-speaking Caribbean to offer state-of-the-art IMRT radiotherapy as an alternative to cobalt radiotherapy.