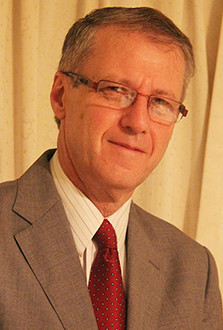 Born in Florence, Italy, Dr. Teodori is a leading cardiac surgeon, with over 25 years’ experience internationally. Specialising in:coronary artery bypass graft surgery(CABG), mitral valve reconstruction, left ventricle aneurysms, treatment of post-infarct ventricular septal defects, surgery of the thoracic aorta and surgical treatment of ventricular failure, he has performed over 6,000 cardiac procedures. He is a pioneer in off-pump coronary artery bypass graft surgery, in CABG via mini-thoracotomy and in the use of arterial conduits for CABG.

From November 2008 he has held the position of Head Cardiac Surgeon at Caribbean Heart Care Medcorp Limited in Trinidad and Tobago and has performed complex cardiac surgeries at: the Eric Williams Medical Science Complex Hospital in Mount Hope, St. Clair Medical Centre in St. Clair as well as at Surgi Med Clinic in San Fernando.

Dr.Teodori is a member of several international medical societies, and has also made contributions on editorial boards as reviewer for noted medical journals like ‘Annals of Thoracic Surgery’. His work, particularly in CABG surgery, has led to more than 65 peer-reviewed publications as well as over 100 abstracts and papers, presentations at scientific meetings and chapters in medical texts.